(Note: You can listen to an audio presentation of this article by clicking HERE) 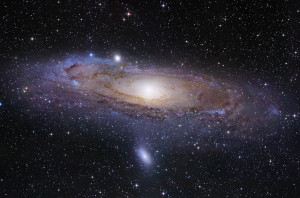 Three Reasons Why I Believe in God

Importance of the Topic

What we believe about God – His nature, purpose, abilities, etc. – provides the foundation for all subsequent beliefs.  Our entire philosophical, theological, and spiritual bearings are summed up in this one question: Who is God?  Even avowed atheists and agnostics cannot escape this reality.  Their answers – “God doesn’t exist” or “I don’t know if God exists” still provide the underlying bedrock for their belief systems and resultant practices.

What we believe about God has a direct influence on our day-to-day choices, lifestyle habits, and all other relationships.  The very quality of life we experience on a daily basis is the product of life’s primary orientation – our ideas about God.  Thus, this topic is of utmost importance as we seek to live meaningful, productive, worthwhile, fulfilled, and satisfying lives.

To that end, here are three bedrock reasons for my convictions that God not only is real, but that He personally cares for you and me.

The Universe is. It exists. Our solar system is a celestial fact. The Earth and all the planets obey strict operational laws of gravity and motion, and we who are part of this planet cannot deny our own presence with any force of reasonable logic. We are here. We exist. And, what an existence it is!

You may have heard it said from time to time that the human body is worth about 97 cents or so. However, a few years ago I read that recent studies show that if all the materials included in a human body were to be synthesized and sold at their market value, each human being would be worth over six billion dollars! And that is just the cost of the parts, not to mention the mystery of how the parts are put together or how they work.

Even the simple cell is impossible to find. Many years ago J.T. Bonner, a biologist at Princeton University, said that the average sized cell contains about 200,000 billion molecules. He said, “Enlarge the cell to the size of a reasonably large room, then each molecule within the cell would be about the size of a pinpoint. This staggering thought so severely taxes the imagination that any idea of seeing how this bagful of millions of molecules can work seems out of the question; there are too many parts to the machine to ever make any sense out of it.”[1]

But, work it does! The information contained in the DNA molecule of a fertilized human ovum guides the growth of every person reaching adulthood through an amazing succession of six billion steps until some sixty trillion cells are formed into a unique person with personality, physical features, abilities, and powers to reason which are distinctively his or hers alone.

A nearly identical quantity of DNA guides the development of the sperm whale until it weighs over 100 tons. Another leads to a giant sequoia more than 300 feet tall. And still another becomes the microscopic flagellate Euglena, whose single cell carries on all the functions of life.

Couple the fact of BEING together with the fact that the being WORKS, and I have to believe that (a) what exists had to come from somewhere, and (b) something – or Someone – had to set it in motion. There simply cannot be another way.

Human beings are more than just machines in motion, filled with all sorts of whirling gismos that carry on the functions of life. People think. People act. People do things. Furthermore, whatever a person thinks, acts or does, no matter how tiny or great the action, it is always done against the backdrop of some standard of right and wrong. Even the most primitive of jungle tribes in New Guinea or South America operates by group law. Without it they would soon vanish, and so would our sophisticated society in the post-modern world. We humans MUST have enforceable moral codes of conduct or we will cease to exist. The violent exhibitions of anarchy, destruction, and personal greed displayed at times of natural or man-made disasters only serve to underscore the point. Contrary to the fondest dreams of evolutionary theory, mankind in its natural state does not reach out to bigger and better things, but is instead the most destructive force upon the face of the planet. Moral laws are absolutely necessary for survival.

But, why should we want to survive? Why should some things be right and some be wrong? If we are no more than fancy boxes filled with highly advanced electro-chemical equipment that has just happened to evolve from eons of nothing into what it is today, why make any fuss about how the matter is arranged? One arrangement is as good as another. Who cares if someone’s hatchet splits someone else’s skull so that the killer can rape his victim’s wife and steal his goods? What difference does it make?

Yet we do care! We recoil in horror at such heinous atrocities, especially if the victim is particularly helpless and defenseless. Child molesters and abusers are close to the bottom rung on our collective list of despicable human rabble. We can’t help but care about their innocent victims, and some people can even bring themselves to care about the criminal himself! Every human being has a built-in “caring system” that speaks to his inmost soul. We want to care for others, and we want others to care for us. The “caring system” operates in the heart of every man, woman, and child, even though it may be nearly obliterated, grossly distorted, or warped beyond recognition. We care, and we can’t deny it.

For instance, what is there about a well-told story that absolutely compels a reader to find out what happens next? The skilled writer simply tells about a character with such charm that we’re enchanted, enough weakness to see ourselves in him, and puts him in enough danger that we’re scared silly over what might happen. Together we will send thousands, if not millions of dollars to the pockets of the writer and publisher. That is, if it is done well enough to really appeal to our sense of caring. We will laugh, cry, shout, get angry, and thrill with excitement. Then we’ll tell someone else about the fantastic story we just read or saw or heard. All because we have the ability to care built into the very fiber of our being.

So, then, because we do care, we make laws based on morality. There is no way to explain the fact of morality except that a moral Creator made us with caring hearts. A matter-in-motion machine will never care – but a person does! A caring Creator gives us – who are creatures made in His image – moral standards by which to live. Thus the existence of moral law is in itself evidence for the existence of God. Without God, there would be – in fact could never be – moral laws for mankind.

It is because of morality and caring that my third reason for believing in God is so extremely important. Caring must be communicated to be of any value at all! It is no mean accident that the greatest conglomerate empires in the business world are those that major in communication. Intelligent communication between living persons is as basic to life as breathing and a beating heart. Clinical experience has demonstrated repeatedly that without some kind of communication happening in a patient’s life, the life itself is in extreme danger. Old people in nursing homes pine away and die because their families have abandoned them. Life becomes totally meaningless when there is no word whatsoever from family or friends. When a marriage disintegrates into total blockage of all messages, no matter what the form or content, more than one heart-broken soul has jumped from a bridge or put a bullet through his own head. The wise friend who sees a severe communication crisis in someone else’s life will do everything he can to let that person know that someone cares. A listening ear could save a life. Communication means life.

Communication can only take place between living, intelligent persons. Machines don’t talk to each other. Even those that seem to communicate, like computers, are not really speaking as one mind to another. They are merely tools created for the purpose of assisting human minds to analyze data and make decisions. Computers can only do what they have been programmed to do. People think. Genuine communication, even on the subliminal level, happens only when genuine thinking happens.

Nevertheless, thinking does happen, and so does communication. This, too, is undeniable.

The only viable answer to the fact of COMMUNICATION is that a thinking God created thinking creatures. There are no other reasonable possibilities. Even given unlimited time, unlimited space, and unlimited accidental arrangement of matter in space, never – never – never will impersonal rocks, dust, gases, or whatever produce a personal being that thinks, chooses, and acts. Only a personal being can create another personal being. The original Personal Being has to be God.

God, who created the Universe, and us as part of it, loves and cares for each one of us personally. He knows you and me and cares for every detail of our lives. His heart understands all about every trial we are ever called to bear, every struggle, every ache and fear. He yearns to communicate with us and let us know that He cares. He even sent His Son, the Word of God, as the ultimate, infinite, complete statement of His own love and care. “The Word became flesh, and made his dwelling among us. We have seen his glory, the glory of the One and Only, who came from the Father, full of grace and truth” (John 1:14 NIV). We know this “Word” as Jesus Christ.

Complete harmony with God and all of His Creation is available in Jesus. Communication is not complete until that which is sent is received. Through the person of the Holy Spirit, God sends His son Jesus to us. As we receive His divine statement (the “Word” of God), we receive His message of love and care, forgiveness and grace. By accepting Him we receive His power into our lives and become complete, fulfilling His design and purpose for our being.